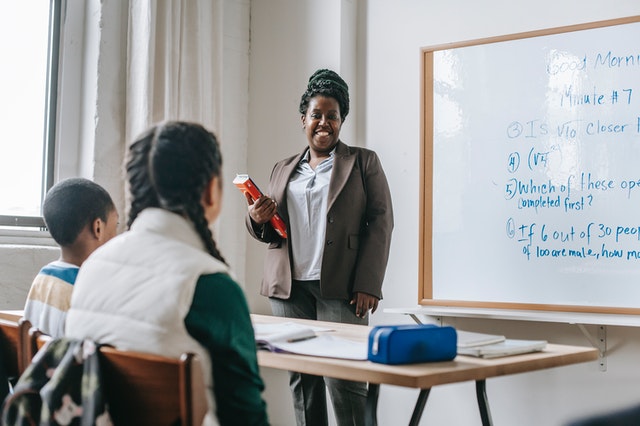 Thanks to schools closing across the country, millions of kids are missing from their classrooms. Kids are developing mental issues, yet Congress is letting teacher Unions Manipulate them into giving them more money, and they're using the kids as hostages.

Schools across the country have been safely operating for months, but it wasn’t until last week that the Los Angeles teachers union finally agreed to let students come back into the classroom, and even then on a very limited scale. The day before the deal was reached, the union urged its members to avoid posting their spring-break photos online because it could hurt the argument that it is still “unsafe for in-person instruction.” You can’t make this stuff up.

At the end of February, Speaker Nancy Pelosi urged the House and Senate to pass a $1.9 trillion spending bill by falsely arguing, “We want as many kids to be back in school as possible. For that to happen, it takes some money.” Earlier in February, all 50 Senate Democrats voted against requiring future aid to schools to be tied to reopening schools, even after teachers have been vaccinated.

Every student in this nation deserves the option of in-person learning. Is another $128 billion to schools, most of which won’t be doled out until the 2022 school year and beyond, really the right answer? No. What we need are elected officials with courage who actually care more about the well-being and educational needs of our kids rather than a campaign contribution from teacher's unions.

What is worse for our kids, Being let back to school where there is no data to prove that they are at any risk or severe emotional health problems that will never go away, gaming all day at home, or wearing masks too often. A quote from ClinMed, “Prolonged use of N95 and surgical masks by healthcare professionals (and others as well) during COVID-19 has caused adverse effects such as headaches, rash, acne, skin breakdown, and impaired cognition in the majority of those surveyed.”

More in this category: « Top 3 Money Mistakes Made in 2020 7 ways to earn money online »
back to top