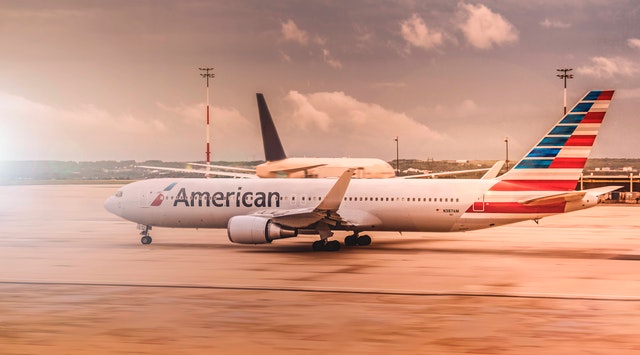 United executives have said recently that bookings are rising ahead of the peak summer vacation season, and they expect that trend to grow stronger as more Americans get vaccinated against COVID-19. The airline predicted that a number of financial measures will improve from the first quarter into the second.

Still, United and rivals American Airlines and Delta Air Lines depend on high-fare business and international travelers for an outsized share of revenue, and nobody knows exactly when those customers will come back.

United announced separately on Monday that it plans to operate new flights to Greece, Croatia, and Iceland in July. The airline is betting that travel restrictions will ease, allowing vaccinated vacationers to visit more places.

However, also on Monday the State Department urged Americans to reconsider foreign travel and said it will label about 80% of the world’s countries as “do not travel” destinations because of COVID-19 risk.

United executives declined to comment until talking to analysts on Tuesday. CEO Scott Kirby said in a statement that executives “now see a clear path to profitability. We’re encouraged by the strong evidence of pent-up demand for air travel" and can match it to meet targets for financial recovery.

United said in a news release that it turned cash-flow positive in March, excluding certain costs, but it won't be profitable on a normal accounting basis until business and long-haul international travel return to 65% of their 2019 levels. It did not offer a forecast for when that might happen.

Kirby said this month that business travel is only 20% of normal. United's revenue from first-quarter international flights was down just 18% of the total in 2019, and that figure is propped up by stronger traffic to Mexico and the Caribbean.

United Airlines will be smaller when it emerges from the pandemic. Like other U.S. carriers, United convinced thousands of employees to leave voluntarily — the terms of federal aid prohibited furloughs — and it aims to cut permanent costs by $2 billion a year.

Chicago-based United's first-quarter loss was narrower than a year ago when it lost $1.70 billion. The airline earned a profit of $292 million in the same quarter of 2019.

Without payroll relief from taxpayers and other temporary items, United would have lost $2.45 billion, or $7.50 per share. Analysts surveyed by FactSet expected a loss of $7.08 per share.

United previously disclosed revenue of $3.22 billion, a 60% drop from a year earlier and 66% lower than two years ago.

Cargo was a bright spot, nearly doubling from a year ago. Like other carriers, United took advantage of space in the bellies of its planes to carry more goods. Still, cargo accounted for only 15% of United's revenue, a share that is likely to gradually decline over the next several quarters as air freight is replaced by passenger bags.

Shares of United Airlines Holdings Inc. fell about 2% in extended trading after the release of its earnings report. They closed Monday's regular session down 1.6%.

Copyright 2021 The Associated Press. All rights reserved. This material may not be published, broadcast, rewritten, or redistributed.

More in this category: « February's cold snap cut off more of the U.S. refinery capacity than Hurricane Harvey. This is what a $15 minimum wage would do to small businesses? »
back to top