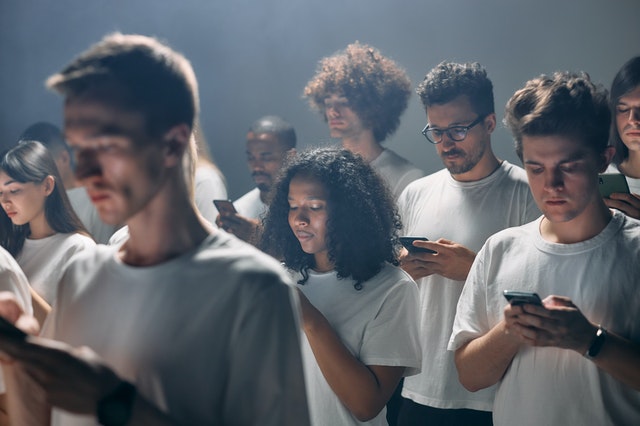 The challenges will be to raise trillions of U.S. dollars of investment—the sooner the better—and to change consumer perception about electric vehicles (EVs) and space heating, for example, and persuade communities to host exponentially growing solar and wind power generating facilities.

The U.S. is woefully unprepared to handle “the electrification of everything,” as Amy Myers Jaffe, a research professor at Tufts University’s Fletcher School, describes the drive to electrify transportation and buildings and parts of the industry in The Wall Street Journal.

Increased electrification in all sectors will need huge investments in the electric grid, battery storage to backup renewable power generation, charging points for EVs, and technologies such as green hydrogen to help those technologies reach maturity and cost-efficient enough to start replacing fossil fuels.

President Biden’s climate policies may be a start, but the planned and proposed federal funding is just a fraction of what America would need if it were to decarbonize the power grid by 2035, slash emissions from the transportation and buildings sectors, and reach the net-zero economy-wide target by 2050.

Net-Zero America Needs At Least $2.5 Trillion Over The Next Decade

Moreover, major investment decisions must be taken now, and investments need to start pouring in decarbonization initiatives and grid resilience now if the U.S. wants to have a modernized grid capable of handling exponential growth in electrification in the coming decades.

“Building a net-zero America will require immediate, large-scale mobilization of capital, policy, and societal commitment, including at least $2.5 trillion in additional capital investment into energy supply, industry, buildings, and vehicles over the next decade relative to business as usual,” Princeton University said in its Net-Zero America report, a two-year research effort charting pathways toward net-zero.

The Biden Administration targets a carbon pollution-free electricity sector no later than 2035. This in itself is a huge challenge considering that natural gas accounted for the largest share of U.S. utility-scale electricity generation in 2020, at 40.3 percent, with fossil fuels at 60.3 percent share, also due to coal’s 19.3-percent share of the power mix.

Transportation and electricity are the largest greenhouse gas-emitting sectors in America, with 29 percent and 25 percent of all emissions, respectively, as per Environmental Protection Agency (EPA) data. Industry accounts for 23 percent, and the commercial and residential sector makes up 13 percent of all greenhouse gas emissions.

Slashing emissions in the transportation, electricity generation, and residential sectors will require much more electricity consumption. This, in turn, will need an updated and upgraded electricity grid capable of handling an exponential growth in electricity demand.

According to the Princeton University study, end-use demand for electricity in the scenarios with high electrification in all sectors is set to nearly double by 2050, driven by the pace of electrification of transportation and heating.

“Electrification of vehicles and space and water heating will increase electricity demand and require upgrades to electricity distribution networks,” the authors of the study noted.

If U.S. electricity generation is not ready to handle increased solar and wind power generation with energy storage backups, the irony of the ‘green transition’ would be that instead of low-carbon electricity, it could be fossil fuels that would support the grid amid soaring electricity demand if EV adoption and buildings electrification accelerate strongly.

Electricity Transmission Systems May Need To Triple By 2050

Princeton University’s research found that the United States will need to expand its electricity transmission systems by 60 percent by 2030, and may need to triple it by 2050 to handle the high-electrification pathway to net-zero America.

“The current power grid took 150 years to build. Now, to get to net-zero emissions by 2050, we have to build that amount of transmission again in the next 15 years and then build that much more again in the 15 years after that. It’s a huge amount of change,” Jesse Jenkins, assistant professor of mechanical and aerospace engineering and the Andlinger Center for Energy and the Environment, said, commenting on the study.

On top of enormous investments in the grid, America will also need much more investments in battery energy storage to support power generation that is largely reliant on renewable energy sources. ACCORDING TO WOOD MACKENZIE, the U.S. energy storage market is booming, with the fourth quarter of 2020 setting a new record for U.S. storage.

“With continuing storage cost declines and growing policy support and regulatory reform in states and the federal government, energy storage is on an accelerating trajectory to enable a resilient, decarbonized, and affordable electric grid for all,” said Jason Burwen, Interim CEO at the U.S. Energy Storage Association.

Still, batteries are a long way from supporting grid reliability.

“For batteries to play the ultimate backup system, we’re so far away from that it’s not funny.”

More in this category: « 8 Tips to Save Energy This Summer! Job openings in the US soar to all time highs »
back to top